The first time the Ankle Armour people contacted us I saved the email but kinda thought “well, I have a SPIBelt so I don’t really have use for the Ankle Armour”.  I didn’t respond but intended to.  Forgot about it.  About a month later Lei from the Chesapeake, VA chapter emailed me saying that they contacted her about testing them and responded.  I wrote the company back (still thinking I didn’t really have much use for them) and said “sure we would love to review the product but we do honest reviews (again, thinking that there was a chance I may not have use for it) 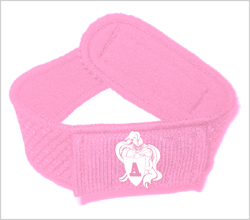 The Ankle Armours came in and my first thought was “OH, these are a lot softer than they look on the website!”  I don’t know why I thought they would be itchy and more rigid, but they were actually very flexible and soft.

I’m typically very sensitive about stuff on my skin so I was still skeptical about if I would like it or not and if it would annoy me during a run.  I decided to strap on the smaller one and went out for a 6 miler.  I swear when I say I forgot I even  had it on and even panicked for a second when we got back because I thought it fell off!!! Nope – it was there, no rubbing or chaffing and my key was safely in place.

The down side was that my big ole acura key was a tight squeeze – but it fit (oh and I had to take off the remote entry, but that wasnt a big deal to me). However I was still wondering how it would really fit into my workouts since I had the SPIBelt that held two pockets of ‘stuff’.

It was a few days later when I was thinking about my outfit for my upcoming half marathon.  This is a total vanity thing – I’ll admit – but I didn’t want to wear my fuelbelt (or really my SpiBelt) because I feel like it always makes me look ‘bulky’ in race pictures hahhaha.  I know – it’s silly.

Then I realized how great the Ankle Armour will be for all the 5ks I do and for all the shorter runs where I just need a key (dont need ‘stuff’) AND no ‘belts’ for race photos!!! woo hoo!!!!!

They are great for the gym too when I don’t want to throw my keys in the ‘key basket’ so I wont have to tote them from machine to machine when doing circuits. 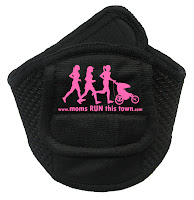 So my overall impression for Ankle Armour? I dig it :)  I love my SPIBelt for longer distances and access of sport beans and what not – but for vanity reasons – I’m totally loving the Ankle Armour.
Sorry I doubted you :)

OOHH and we can customize them with the MRTT logo!!!  Stay tuned for info on that, but here is a sneek peek of what they could look like!

Heather has the larger Ankle Armour (Ankle Armour II) which I just gave her so I’ll get back to you on her review.

And now here is Lei’s Review:

I got the chance to test both the Ankle Armour I and II this past week and I must say I was pleasantly surprised by the results. Both products were, light weight, comfortable and stayed in place well.

The Ankle Armour I (the smaller of the two) fits a single house key and perhaps a few coins or rolled up dollar bill. It fit well around my ankle and did not rub or move during the run. Alternatively it could also be worn around the wrist say in cold weather when you have more clothing on or if a brace was being worn. The only negative aspects of this version was that it does not fit a keyless entry remote for a vehicle or any sort of “gel” food, so the Ankle Armour I would be best for shorter runs near the home.

Both my husband and I experience the Ankle Armour II was able to fit an ID, gel and keyless entry car remote. Though it was a little bulky, it still managed to close. Even with those items it was still virtually unnoticeable. The position means that you have to stop to take out gels when you are running, but we found it preferable to having them bounce around in a pocket (which we both dislike). It could also be worn on a skinny upper arm.

Overall, these products were well made and designed and would work great for the type of runner who has a minimalist approach to equipment. Thanks for allowing me to test them!

Check them out online at www.ankle-armour.com 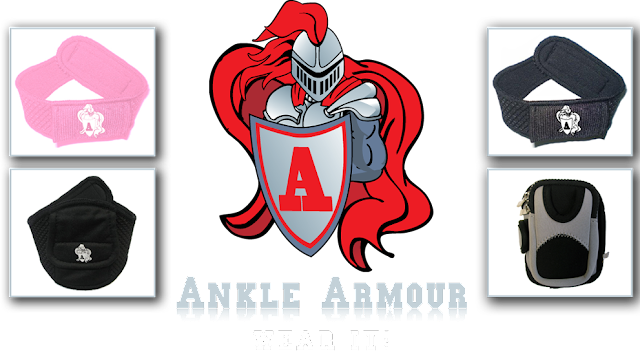