Music for Running!! Meet the co-founders: All about Pam…

Meet the co-founders: All about Heather…

What got me back into running

I ran Cross country in High school but had to quit because of Growing pains!!!
So jumping forward November of 2010.. I was invited to walk the famous “summergrove strip” with Pam… Cooper was 14 months old and I was 5 months pregnant!! So we walked the 3.1 miles…Came back the next week and Pam says I want to start run/walking the strip…Lets just say I maybe ran .10 of a mile..I really wanted to run…But Carter didn’t :) 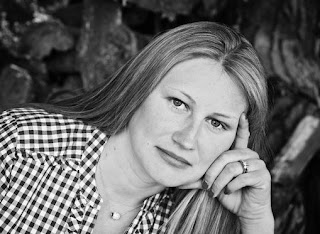 Almost a year later a mom send out info about a 5k In Atl and the procedes went to Childrens Hospital so I started the C25K program and completed my first 5K at the age of 29!! My time was 30:46…I have signed up for a race a month ever since So I didn’t wake up and say I don’t feel like running…I don’t love to run I just LOVE to eat!! :)

About me hmm..I grew up in a VERY small town in Southern Illinois my parents own 64acres so we lived out in the middle of NO WHERE.. Are nearest neighbor was a mile away. You know your typical small town where you know everyone and everyone knows you…especially if your mom is a teacher at the local grade school and your dad is the mailman!! Yep that is right I am the mailman’s daughter…When I was 18 I got the chance to move up to Chicago and didn’t have anything else to do so I went..I lived up there for 4 years and worked at a dental Lab, We made Crowns, dentures, retainers night guards everything. Well one day at work this striking young gentlemen came in and the rest is history!!This is crazy I know four months after we meet Sean said he wanted to move to the warmer weather and yet again I didn’t have anything holding we where I was so I said Sure lets go. So we picked just south of Atlanta.. The summer after we moved he asked me to marry him on the beach in Destin,Fl..We got married June of 2005 and Traveled went places had fun as a couple and then we started to feel the pressure from our parents when are you going to have kids…We found out February 14th 2008 we were pregnant and Our “child” was due in October.. Cooper however had other plans and came seven weeks early.. Sept 5 2008. and July of the following year we were expecting again..Totally not planned But a awesome surprise. Carter was born 3/4/10…that is me in a nutshell!! :)

One Response to Meet the co-founders: All about Heather…