More insight on our vision

Yes, apparently Heather and I are somewhat obsessed with running clubs… Not only are we the “Founding Mothers” of Moms RUN This Town (MRTT)…. but we are also members of the Atlanta Track Club (ATC) and the Peachtree City Running Club (PTCRC)…. and I’ve toyed with the idea of becoming more involved in the Barefoot Runners Society (but that’s a different post).  And no, we wont be offended if you are members of more than ours – we ENCOURAGE it.

So if we were already members of 2 running clubs – why start another??

Here is a little more insight on our ‘vision’ for Moms RUN This Town: 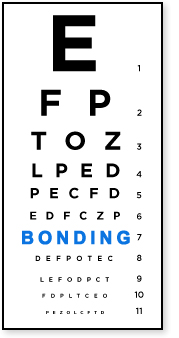 As we talked to other moms at local consignment sales, play dates, parks, grocery stores, etc – we kept finding that there were other moms out there that… get this… RAN!  And after talking to them – we heard they ran with jogging strollers and some without, some ran mornings, some ran nights, some ran on the treadmill in a gym, some ran downtown, some had never run a race, some ran a LOT of races, some liked to WALK races, some said they had to stop running because they didn’t have anyone to watch their kids, some said they “wish” they could run, but didn’t know where to start…..

Basically we were meeting a bunch of moms with the same desire: RUNNING.  And as a self-proclaimed “collector of people” I felt the need to hoard all these mamas and bond us by a common interest (being a mom, and running!! Hey – that’s double bonding!)

So literally overnight – I said “forget the local group – lets go large”.  In just one month we have found moms ALL throughout the United States and Canada that have this common interest and have found support and friendship through mere facebook status comments.

I just feel like it’s fun to be a ‘part’ of something.  I know its crazy – but I like that sense of belonging to something big.

I’m not doing this for fame or fortune (ha!  Although wouldn’t that be nice…) Just hoping that maybe we will be lucky on occasion and get some freebies from companies as fun little giveaways, maybe benefit from some group discounts on cool running products, and most definitely to create a support system for each other.

So that’s a little more about the ‘vision’.  Thank you so much for being a part of it!!  We love having you :)