How to pick the right Running shoe!! Jump! Jump!

There’s an app for that…. 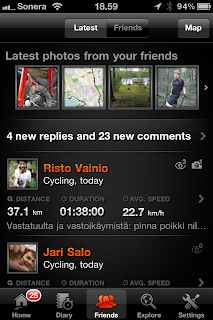 We mentioned before about using RunKeeper as one of Heather’s favorite running tools to keep up with her mileage…. well – after I got my garmin, we started noticing some discrepancies in the maps uploading.

Take her 10mile run for instance.  RunKeeper lost satellite signal a few times and said she only did 8.5ish miles when in fact she did 10 full miles!!  She was wearing my Garmin Forerunner and uploaded both maps – there was clearly a HUGE difference in the results and accuracy!  1.5 miles is a lot  to shave off.  However I will say overall RunKeeper has been ‘close’ and only missing mileage by .5ish miles at most (this was the most I’d ever seen – but I think she said she accidentally hit a button too so that was part of the prob) 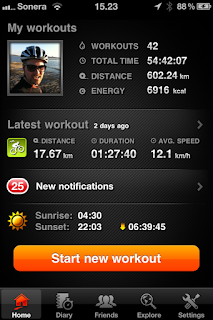 WELL now there is a new contender.  Sports Tracker is an app created for Nokia phones – but they are jumping on the bandwagon and making their app available for iphones and droids. Yay!  Love new tools :)

Heather and I were asked to test the beta version before it’s released in the app store and we were so excited to do so!!!  Especially considering I’m like border line obsessed with viewing my running maps, terrain, elevation, pace, connecting with friends (ok, STALKING friends… Yes, I’m a run stalker) and the whole bit.

So now we are awaiting our download to give it a test run (PUN!!!) and see how it stacks up against RunKeeper and Garmin.  Of course we expect there to be a few things to work on – that’s why it’s called Beta mode… but still – we are very excited to have a new player in the market – especially considering most of us have iphones and droids!

Anyway – just wanted to show you a few screen shots of what’s to come.  As soon as we get it downloaded and take it for a spin we will let you know how it works!! 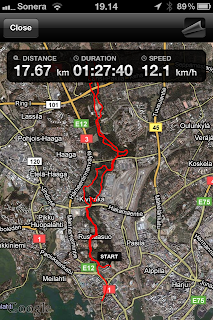 You can visit the Sports Tracker website by clicking here or going to www.sports-tracker.com. 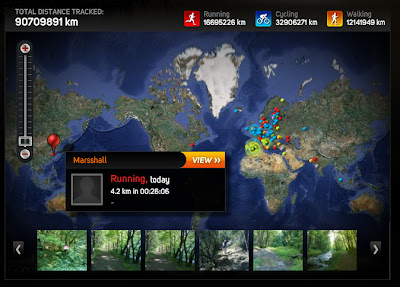 One Response to There’s an app for that….